At the most distant shore, dark waters lap at the sandy substance of the world grown thin.

To sea is the not-darkness of the void.

Below is the furthest edge of the world, sandy and soft and not one particular thing or another.

Above, on a good day, there are the stars.

Alone by Distant Shores is a hack of Takuma Okada's Alone Among the Stars for one player. It is about wandering the border of the world and the void beyond it, and the things you may experience in that place.

In order to download this game you must purchase it at or above the minimum price of $5 USD. You will get access to the following files:

Support this game at or above a special price point to receive something exclusive.

If you're lgbt+ and can't afford this game even at the lowest price, this is for you.

An incredible Alone game. I used this to write the story of what happened to an NPC shortly before my Masks campaign started. Was absolutely perfect for prompting the reflection he had in his foggy, amnesiac state.

I haven't read the source game, Alone Among The Stars, so I may be missing context that would have made Distant Shores easier for me to understand.

It's a solitaire game that uses cards and a d6 as prompts for a story about peace and isolation, but these props also feel nearly incidental, and you have to read to the end of the pdf to understand how the game actually flows.

The game uses a poetic voice, rather than a purely instructional one,  and when this works it works extremely well. However there's also a couple places on the first page where I got lost trying to puzzle out if a mechanic had been fully explained and I'd just missed it. The poetic voice also makes lines like "To sea is the not-darkness of the void" a bit confusing on first read-through, as I couldn't tell if this was a typo, double-meaning, or just another way of saying "seawards".

That all said, the Endings section is really strong and clear, and it snaps the purpose and structure of the game neatly into place.

I'd recommend this to anyone who wants a game to just relax with, and who doesn't mind putting a little work into figuring out what they're playing. 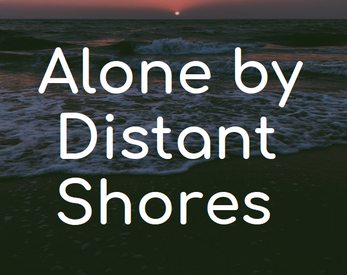